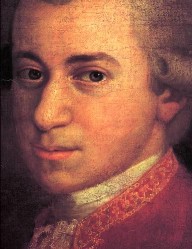 I struggle with recognizing people, and putting names and faces together. I've been like this as far as I can remember, and until recently I thought it was because I wasn't paying attention. It turns out I really have been paying attention, more so than most people, but I have a facial recognition handicap. There's actually a term for this, and it's a surprisingly widespread condition. The term is prosopagnosia, also known as faceblindness.

Practically speaking, for me it works like this: I eat out at a restaurant and the nice server introduces herself. I note her name and mentally note "long blond hair, glasses, tall, kinda thin." I'm all set. If I need more water, I know who to look for. This works really well for me, until I discover that there are two servers working that evening who both have long blond hair and glasses, who are tall and kinda thin. Then I'm in trouble. Because I can't easily remember my server's actual face, I can't tell which one is which. I can either be embarrassed by talking to the wrong person, or stay thirsty until the right tall-kinda-thin server asks if I'd like more to drink.

Once I discovered prosopagnosia, I became fascinated and read more about it. There is a part of the brain that's specifically dedicated to processing faces. Some genetic conditions can affect development in this part of the brain. Other people have brain injuries such as a stroke which can impair functioning in this part of the brain. And for some people, a lack of stimulation to this part of the brain in infancy or early childhood prevents it from developing as it should. I suspect that's the case with me. In hindsight, I can recognize that I was profoundly nearsighted at an early age, and my nearsightedness wasn't diagnosed until I was 7. At the precise time when I needed to be looking at a lot of faces to develop my facial recognition skills, I couldn't actually see faces, just vague blurs. By the time I got my glasses, my visual processes were set.

What does this have to do with music?

We are all born with a set of aptitudes, or an innate ability to develop a particular skill. But aptitude only refers to an ability to develop a skill, not to whether the skill will actually develop. We can say that Mozart was born with a tremendous aptitude for music, but that doesn't mean he was born with musical skills. Because his aptitude was supported in his early childhood, it was able to blossom as it did. But if he had not had exposure to music as a child, that ability would never have developed, and he might have become an anonymous bricklayer instead of a musician for the ages. It was the musical exposure that helped his aptitude become expressed into an actual ability.

My experience with prosopagnosia helps me understand what this means. I was probably born with a normal aptitude for facial recognition, but my lack of early childhood exposure kept that aptitude from being expressed fully for the rest of my life. My early lack of exposure doesn't keep me from recognizing faces. It just makes it harder. I can still pick out faces of my husband and other people I love, with no trouble. But it takes a long time for a face to go into my visual memory, and in many social situations I'm shy and hesitant to engage because I'm afraid I'll make an embarrassing mistake.

Imagine if my lack of early stimulation was in music development, rather than facial recognition. If I didn't get music when I was young, I might still enjoy music as an adult. I'd probably recognize the songs I love, and I might be able to hum along with them. But I'd have a much harder time learning new songs, and a much harder time hearing the music in my head. I might be shy about singing in public, and I certainly wouldn't dance for fear of being labeled as having "two left feet". I might avoid musical situations because they make me feel uncomfortable.

This may sound familiar to you. This is where many adults land after a childhood with limited exposure to the experience of making and exploring music. Just listening to recorded music doesn't help children become more musical. It requires actually playing, experimenting, and witnessing other humans being musical. Unfortunately, in the United States, this is becoming an increasingly rare part of childhood, and more and more children grow up with stunted musical development. Their aptitude may have been just fine at birth - it just wasn't supported enough to develop into a lifelong musical ability.

Our music classes won't really make your child smarter and more musically gifted - although it certainly looks that way!  But what they will do is help your child's natural aptitude blossom fully into a lifelong musical ability. Your child's gifts are already there in abundance. Our job - as teachers and as parents - is to help your child unpackage his or her gifts and learn how to use them. Once we can do that, your child will be able to access his or her full musical measure for the rest of his or her life. That's a true gift!

Previous post: We talked about you (12/22/13)
Next post: Congratulations on your graduation! (5/31/14)
Return to blog home page: Musings - music, children, education, and life