We're delighted to have been featured in local and national media over the years. Here's a sampling: 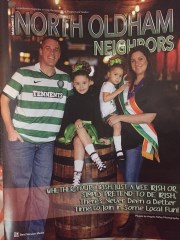 From the article: "There's a sense of community in these classes... I fell in love with the energy..." 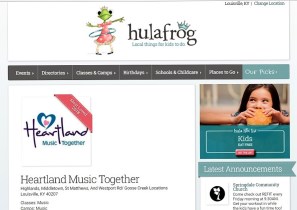 Voted "Most loved music class" by Louisville families.
Thanks, y'all, we love you too!

From the article: "After our first class, my oldest son asked me to find our musical instruments and both older boys have spent a lot of time over the past couple of weeks playing with them. They have also been singing and clapping much more frequently - even when watching TV."

From the article: "...Such a magical thing happened in that moment, that still carries on with me, and I’m sure it carried on with the children and parents who were there that day." 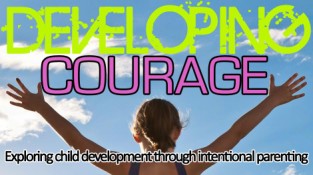 Director Miriam Klein was featured in a 45-minute interview about the connections between music and child development, as well as music and family life. A "must-listen" experience! 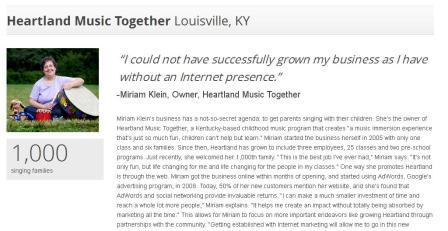 Google profiled Heartland Music Together in their annual report. We were one of just two businesses in Kentucky to be mentioned! 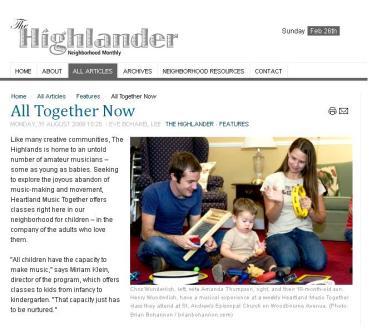 From the article: "If we’re having a joke in class, the children want to know what’s going on. It draws them in... Children are gaining lifelong music skills. And we’re having fun, too.”

Highlander Magazine, August 2009 - "All Together Now" by Eve Lee From the article: "Miriam Klein says she’s a shy person, but you’d never suspect it by the way she bops around and sings to a room filled with toddlers — sometimes she’s so enthusiastic it’s hard to tell her from her small students." 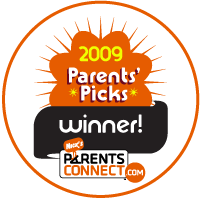 For excellence in email marketing. We're a no-spam zone!